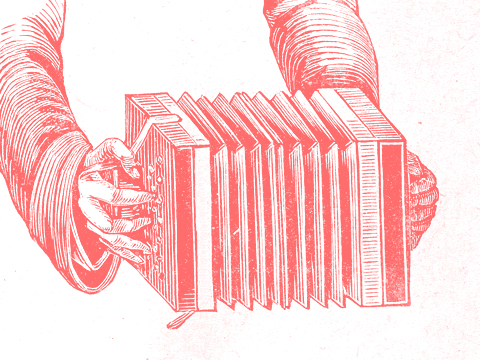 Music artists and NFT – why does it pay off?

We often think that being an artist is a great business. Passive income with royalties, crowds of fans in front of the stage, sitting in the studio, and making music in a good atmosphere. Work hard, play hard as the saying goes. The reality, however, in most cases differs from such a picture. This is due to the fact that the production of high-quality music is expensive and the music industry itself is pretty monopolized. So we have an ecosystem in which there are a lot of artists and only a few labels. Complicated contracts often introduce real restrictions on the artist’s creative work and can give him a headache. It’s a bit like a deal with the devil. What hope for improvement do NFTs give to musicians?

A golden cage in exchange for the (promised) cash?

The music industry is particularly bloodthirsty for artists. To start earning money from music, you need to spend a lot of time and energy on creativity, and also know how to negotiate, play all possible gigs, be good at social media, show yourself wherever possible, etc. It turns out that being a musician is a complicated one-man business, which is often true.

Large corporations come to the rescue, i.e. publishers or so-called “Labels”. At first glance, they may look like salvation. Big money, promotion, distribution, connections, negotiations, all these things are taken off the musician’s weary shoulders, allowing him to focus on what he loves the most, i.e. music. We hope you can sense a hint of irony here. Let’s look at it from a business perspective. Since large labels provide musicians with everything they need, it is the musicians and their works that are the product in this scenario. Here, however, lies a contradiction, because while we have guaranteed playing, cash inflow, and distribution, our success is never guaranteed.

If it did not come out and the artist would not go into the mainstream, the situation could get complicated. Contracts are very often structured in such a way that they transfer 100% of copyrights to the labels for a specified period of time, e.g. 3 years. Let’s add to all this the label’s policy, which can dictate to the musician what audience he should reach, can he swear, where he will play and where he will not be able to perform, and you have a recipe for an artist who thinks that he has grabbed God by the legs, but actually is digging himself a career grave. History is full of very promising artists who agreed to such a deal, and well… They were not heard of afterward because their contracts were blocking them for a few years, and in the show business industry “your 5 minutes” passes very quickly.

There is also another way. You don’t need a label – if you become one yourself. 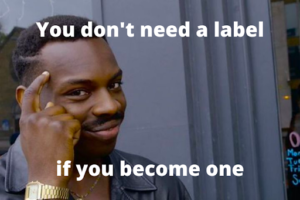 In today’s world, only some creators manage to do so. They are so-called musicians without any “label”, that is, acting on their own. Of course, they still have to get along with companies when they want to, for example, distribute a CD to stores, because there are many logistical aspects to this. However, they do have something very valuable – freedom. Freedom as to where they want to play, what music they want to create, or to whom they want to go.

How does it happen? Of course, thanks to the internet. The more publicity a musician gains, the more aces he has up his sleeve. In today’s world, you don’t have to join a huge production company, you just need to keep your feet on the ground. Instead of being a manager from a label, you can get along with a freelancer who can handle these things just as well. The same can be done with other people needed in the process. We must remember that we live in a time where a lot can be delegated without selling your soul. Artists who become their own “labels” are a great example of this.

The power is back in the hands of the musician

It doesn’t change the fact that musicians still have to put in a lot of effort to start harvesting their work. CD promotion, distribution, and sale have so far been associated with high costs and obligations. Nobody will produce and distribute 500 albums, because it is simply unprofitable in the world.

What if we could change the status quo and live on cool music with only 500 fans?

Ladies and gentlemen, clap your hands for NFTs.

From Artist to Fan

Today’s world loves intermediaries, we can actually find them in every field. Without denying their value, however, there are places where they are not needed. In music, artists can bypass them by using NFT – skipping the entire chain and going straight to the client, i.e. their fan. In this way, the musician can leave the entire amount collected for himself, the fan will receive his new album and everyone is satisfied (except for the label).

Apart from the most obvious use of NFT in music, which is album distribution, the range of products to offer is huge. Artists can sell tickets for their tours in the form of NFT, make some fans super-fans, and guarantee them backstage entry on a given tour, or our personal favorite – raise capital for the next album by selling NFT representing shares in the next album. It works in such a way that the artist, wanting to raise the funds needed to create a new album, sells NFT, which then guarantees a certain percentage of the overall profit. This is a great solution, because not only do the fans support their idols, but at the same time, they can take part in the splitting of the cake, while being even more attached to the artist.

The music industry has been monopolized for years and it is hardly surprising. The investment required to produce professional music videos and the music itself is enormous. By controlling most aspects of a musician’s work, labels can minimize project risks as much as possible. However, it is not a tribute to the artist, because in such a system he becomes a product and must adapt his creativity to market requirements in order to achieve the assumed goals, both commercial and image-related. The NFT takes power away from labels and puts it in the hands of artists who can go directly to their fans and earn more money, providing exactly the same or more value to the fans. At Mateico, we also work on solutions that allow you to sell your audio recordings and interact with fans. If you are a musician and you are interested in today’s topic, we invite you to actively follow our progress. We do our best.

The Magic of the Mind. In search of the answers to everything