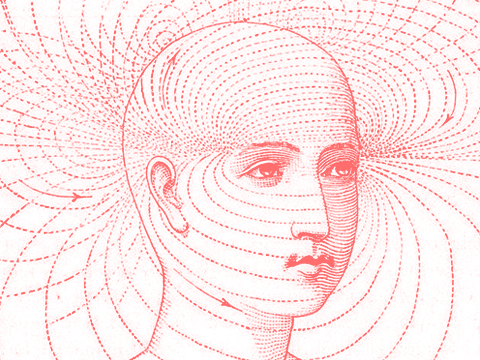 The Magic of the Mind. In search of the answers to everything

Artificial intelligence – there is buzz about it everywhere and any serious business uses it nowadays. Some predict that it will lead to the end of the world, others say it could prove to be the world’s salvation. What is artificial intelligence really, how do computers learn and what can we expect from it in the future?

A pinch of history for the start

It all started with the golden age of science fiction, which was in the 1940s. Computers were portrayed as thinking machines that far surpassed the average human in intelligence. Inspired by these stories, scientist Alan Turing launched the era of artificial intelligence with his work titled “Can Machines Think?”, published in 1950. He showed that since humans use available information and logical reasoning to make decisions, machines should be able to do the same. Well, he was right. However, we must keep in mind that in those days computers took up entire rooms, and their running time was very expensive! Only prestigious universities or the largest technology companies could afford such experiments. So Turing needed a plan. 5 years after his work was published, the first program using artificial intelligence was created, which mimicked the problem-solving skills possessed by humans. It was intended to convince a larger audience of the validity of the idea and attract the right partnerships. In 1956, the program was presented at a scientific conference and, after approval from the majority of participants, it was determined that something like this could be created. From that moment, the grants and intensive development of this branch of computer science began. As in any history, there were good and bad times, but in the end it turned out that what blocked the development of artificial intelligence were mainly hardware limitations.

How do computers learn?

Computers can learn in many different ways, but we primarily distinguish two – supervised learning and unsupervised learning. The first relies on ”feeding” the program with the appropriate amount of data, along with labeled results. This can be compared to studying math with a child – we go through a specific number of tasks, telling them what the correct results are and showing how to solve them. Then the kid is able to solve similar tasks without our help. For example, we can show the computer a million pictures of a monkey, and it will “decompose” each picture into pixels, remember the arrangement of colors, etc. There’s a very high degree of probability that the computer will be able to point out the monkey in the drawing. In such a model, people often help, too. You may not have been aware, but every time you solve (already familiar to most) “captcha”, you are training an artificial intelligence algorithm. Likewise, by using the most popular language learning application Duolingo, you are helping artificial intelligence to translate languages better. There are quite a few of these types of treatments in the Internet environment around us. Due to the fact that most of the time we don’t even realize that such activities are taking place, it’s actually safe to say that each of us is contributing in some way to the development of artificial intelligence. Captcha was created to block so-called bots from over-entering sites, and it does this job perfectly. The fact that it also teaches Google artificial intelligence is also a plus. 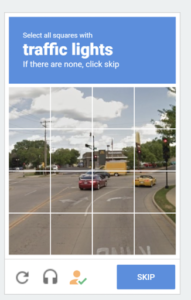 The second type of machine learning is unsupervised learning. It is used where we don’t quite know what to expect and want the algorithm to find it for us. A good example would be the stock market. Through the patterns that are on the chart we find out whether it is the best time to buy or sell. We connect such an algorithm to a given chart, define what we care about (in the case of the stock market, it will most likely be profit) and let our student try different combinations so that the end result is as satisfying as possible.

Artificial intelligence always learns from some data, and it is from this data that it draws its conclusions. If we want to teach it to create music, and the only data we provide is Mozart’s works, the created piece will certainly be a very strong copy of one of the master’s symphonies. Computers are not able to be creative. They can only draw conclusions based on what they are given.

Where is artificial intelligence now and where is it headed?

We can already see applications of artificial intelligence in many different places. As an example, let’s look at Smart City solutions that take care of our safety and convenience. The concept includes smart pedestrian crossings, applications that allow us to buy tickets and pay for parking, or city bikes and scooters. There’s also faster and more efficient drug development or support for education through artificially generated language teachers. It is clear that the more abstract the task, the longer it will take for positive adaptation. Although Google Translate already translates very efficiently, there can still be gaffes and inaccurate collocations, and it is a little short of native speaker-level communication. However, the technology is constantly evolving and moving in a very good direction.

…Although artificial intelligence has been with us for over 50 years, we are only beginning to see its widespread use. More of better translations, self-driving cars, generating perfect faces of people who don’t exist. These are all just the seeds of what artificial intelligence can give humanity. But, as in many cases, the only way to see what will come out of all this is to follow its further development and wait.

Platform updates.Where are we now?

Music artists and NFT - why does it pay off?