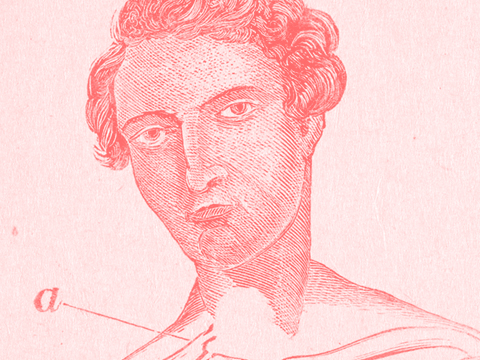 “In a room full of art, I’d still stare at you”, everything you need to know about NFT in the artists’ world

NFT (a non-fungible token) is in other words a unique representation of a resource or a product appearing in the form of a virtual token. A cryptographic record helps to verify the ownership and authenticity of the NFT.1 Although first mentioned in 2012, it only gained popularity five years later.

The uniqueness of NFT has also been appreciated by the global art market. Virtual tokens encoded in the form of databases offer the possibility of obtaining something unique and unmistakable, which has caught the attention of collectors. Seeing the potential of NFT, they are ready to spend millions on it.2

A work that has undoubtedly caused a revolution in the sales market is an image created by Mike Winkleman, professionally known as Beeple. Illustration  “Everydays: The First 5000 Days”, auctioned at Christie’s for over $69.3 million, was sanctioned as an official type of transaction on the art market.3 William Gompertz, an arts editor at the BBC, suggested in one of his articles that Winkleman’s image “will go down in history either as the moment before the short-lived cryptoart bubble burst or as the first chapter in a new story of art”.4

Gompertz ‘prediction turned out to be true, and the NTF art market has been booming since the auction. Sotheby’s, the second-largest auction house after Christie’, has also opened up to technological innovations based on blockchain technology. In the virtual reality “Decentraland” Sotheby’s created the world’s first several floors NFT virtual art gallery, which looks like a replica of its London branch office. The idea behind its launching was to build a virtual community of lovers of this unique art form.5 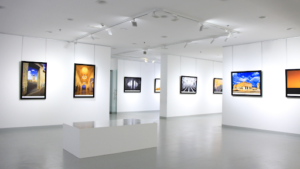 Beeple’s art was also admired during the first NFT exhibition organized by Singapore-based cryptocurrency exchange Coinhako. Among the 30 digital works, there was also as created in 2021 as NFT art, painted firstly by Andy Warhol in the 1980s.6

The opportunity to experience this exhibition has not only become a new intellectual circumstance for the viewer. As the NFT market has grown, it has sublimed a bridge between artists and technology, creating new opportunities to explore digital art and the benefits of investing in it.7

Polish artists have not remained indifferent to the NFT art acceleration. A graduate of the London College of Fashion, Adrianna Kracewicz, known as ADRIANA, revolutionized the Polish art market with her first NFT exhibition in Poland. The exhibition ‘NFT – Now – Fashion – Time’ consists of a collection of 15 ‘Shiny Tarot’ cards, 3 of which also appear in the video for the author’s song ‘Shiny Dress.’ This collection is an expression of ADRIANA’s passion for digital media, fashion, film, and music. The Mexican-inspired NFTs were available for viewing and exclusive purchase at the Station of Art Gallery from March 3-24, 2022.8 You can currently find them on the Gallery’s website. 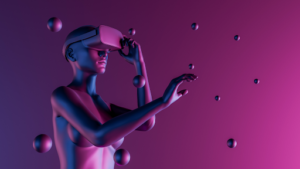 An opening in an empty room but still full of art. This sentence perfectly reflects the character of the VR Gallery – Museum of the Young from Kraków Academy of Art. The Wojciech Weiss and Zofia Weiss Gallery Foundation’s project was created as part of the Ministry of Culture and National Heritage program “Culture on the Web” and is a tribute to the 70th anniversary of Wojciech Weiss’s death.9

The first VR Gallery in Poland, created because of the challenges brought by the pandemic, is the most technologically advanced alternative proposal to traditional art galleries. Using the possibilities of virtual reality, the gallery has created an unlimited space to promote its artists. On the other hand, the VR application has made it possible for connoisseurs to contemplate the gallery’s collection from anywhere in the world or without leaving their homes.10 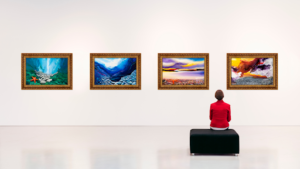 So what does the future of NFT look like in the art world and what revolutions await us over the coming years? This question probably appears in the mind of many contemporary artists. Although we are not able to predict what cryptocurrency will surprise us with, it’s undeniably a future worth investing in. Especially when reaching those who were born in the era of technological conveniences and are looking not only for solutions to improve our lives, but also for unique ones that guarantee exceptional experiences. And such undoubtedly is NFT.

Virtual reality for everyone. From the 1838 stereoscope to the meta-world

What do Matejko, NFT, and virtual art galleries have in common?