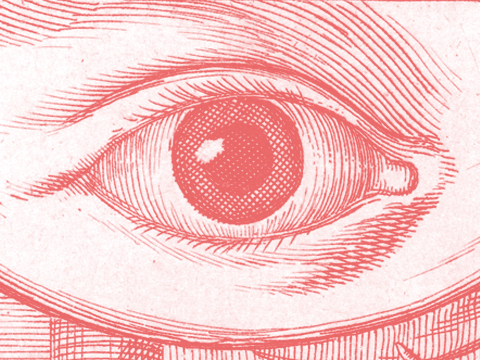 Virtual reality for everyone. From the 1838 stereoscope to the meta-world

We associate the concept of virtual reality with the 21st century and all the benefits of technology, that allows us to create a world in another dimension. However, the origins of VR go back much further into the past, and its history began nearly prehistoric times — almost 200 years ago

The Oxford Dictionary defines virtual reality as “images and sounds created by a computer that seems almost real to the users, who can affect them by using sensors”1.  However, it’s simply an illusion created to transport us to a space, where we aren’t physically present. Its first creators were painters.

Poland can boast of an exemplary work of art, which allows us to experience a journey to another reality. The Racławice Panorama exhibited in Wrocław shows the Battle of Racławice. This 114-meter-long cycloramic painting surrounds us from all sides and makes us feel as if we were traveling back in time to the 18th century.2

As one of the first creators of virtual reality and VR glasses, we can consider Charles Wheatstone, the inventor of the mirror stereoscope, which allowed spatial viewing of images.
Although no one was thinking about the development of modern technology at the time, around the same years when W.A. Burt developed the typewriter and Samuel Morse the telegraph, the stereoscope using the same principle that is in modern VR glasses was created (in 1838). Mirrors set at right angles reflected drawings, which when placed opposite each other created an apparent spatial image.3 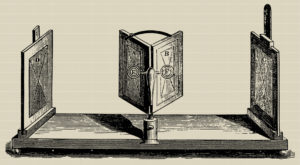 However, the greatest development of virtual reality occurred in the 20th century, with the onset of the computer and electronic age. Morton Heilig, considered the pioneer of virtual reality, in his quest to improve the cinema experience for the viewer, found that 70% of our attention is spent on sight, 20% on hearing, 5% on smell, 4% on touch and 1% on taste. In response to his research, he patented a “Stereoscopic-Television apparatus for the individual use” in 1960, which was deceptively resembling today’s VR glasses.4 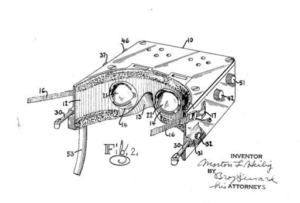 Over time, more and more companies attempted to create sets to experience virtual reality. However, most of them failed, and the first such set for ordinary users appeared only in 1995. The VFX1 set from Forte Technologies was a product that average gamers could afford. Featuring two LCD screens, a microphone, headphones, and a special head tracking controller, it marked the end of some sort of era for virtual reality and become a huge step forward into the modern VR world.5 Currently, the digital world created through available technology looks more and more realistic, evoking a natural and real experience. The task of games using VR is to cut off the users from the surrounding reality and move them to a place that will be experienced through the senses of sight, hearing, and touch as if everything was happening in the real world. Moving around the artificially created reality and using objects naturally still requires us to use various types of controllers, but with the current technological progress, more and more facilities in this area will soon be available.

Although we associate modern virtual reality mainly with entertainment and computer games, it also plays an increasingly important role in other areas of our lives. Currently, VR technology is used more often in such places as: 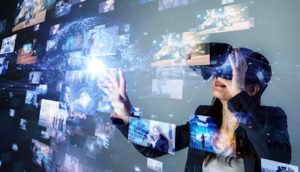 The VR industry continues to grow. One of the key events for virtual reality was the Facebook Connect 21 conference, during which Mark Zuckerberg announced the change of Facebook’s name to Meta. Associated with metaverse, it gives a clear signal that the Silicon Valley giant will focus on investing in virtual reality and augmented reality in the coming years. VR/AR technologies, which are already at a high level of sophistication, will over time become more important in our lives allowing us to transfer most of our real lives to virtual reality.

The virtual reality market size is projected to reach USD 26860 million by 2027. The major factors driving this growth are the gaming sector, the availability of affordable VR devices, and the introduction of the gadgets by local companies in countries like China and India. Undoubtedly, the demand in the VR market has also been influenced by the pandemic. That has forced companies to continually work online because this technology makes it possible to transfer business meetings to the virtual world.6 There are even companies like MeetinVR that specialize in providing such services.

There is no doubt that VR technology will soon surround us from all sides. But will it manage to dominate reality and make each of us succumb to the convenience of moving into virtual space?

“In a room full of art, I'd still stare at you”, everything you need to know about NFT in the artists’ world