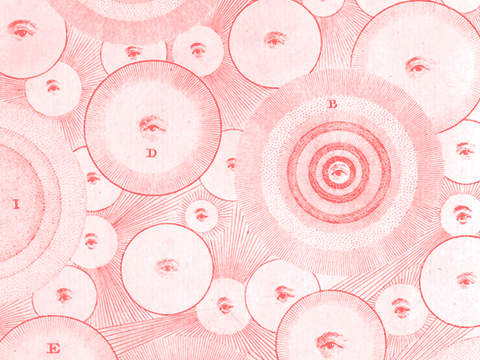 Together with the development of cryptography and computers, it became possible to create technological solutions that were predicted decades ago, when the Internet was still in its infancy. The Mateico project would be impossible without the achievements of the last 60 years.

In April 1968, in an article entitled Computer as a communications device, two psychologists, J.C.R. Licklider and Robert W. Taylor, predicted that in the future interpersonal communication via electronic devices will be even more efficient than classic conversation.1

To allow communication through computers, it was necessary to connect them in a way enabling sharing of resources via exchange of data packages. To this end, an American Agency, DARPA, created the TCP/IP standard. The protocol presented in 1974 became the foundation of the Internet we know today. The communication capability allowed to use computers in new commercial applications, such as ATMs. However, it was necessary to ensure integrity of data transfer and protection of information against unauthorized access.

In 1976, W. Diffie and M. Hellman, in their dissertation entitled New Directions in Cryptography, suggested possible methods of solving problems occurring in new types of IT systems. The described issues included, e.g., the public key cryptography and mathematical trapdoor functions. The former issue was supposed to allow generation of a unidirectional authentication system, while the latter was intended to be used in a public keys distribution system. Merely a year later, in 1977, Ron Rivest, Adi Shamir and Leonard Adleman presented the RSA public key algorithm (Rivesta-Shamira-Adlemana algorithm) which uses both mentioned solutions and has been used in network security to this day.

In 1980, Ralph Merkle, a scientist specialized in the public key cryptography field, compared the invented public key and digital signature protocols and highlighted the potential of new achievements in the field of cryptography in the following words: “currently, new cryptography protocols are evolving which fully use the unique properties of public key cryptosystems.”2  Several years later, in 1985, scientists, Neal Koblitz and Victor S. Miller, proposed use of the Elliptic Curve Cryptography (ECC) and the Elliptic Curve Digital Signature Algorithm (ECDSA) associated with it as the most efficient alternative to RSA.

In 1989, a CERN worker, Tim Berners-Lee, began works on a protocol that would allow to send and display text documents upon request. HTTP (Hypertext Transfer Protocol) enabled creation of websites displayed upon user’s request, thus leading to creation of the World Wide Web – an IT system based on open standards.  Combination of the HTTP with the DNS (Domain Name System) protocol, which had existed since 1985, allowed to connection with servers running in a decentralized network using names servers via friendly domains (Internet domains) instead of IP protocol addresses. This brought access to the digital world to the masses. When designing the HTTP, its authors predicted that safe online payments will be possible in the future.

Emergence of a digital payment system was also foreseen by Milton Friedman, a Noble Prize laureate in economics. In an interview in 1999, he said: “I think that the Internet will be one of the major forces for reducing the role of the government. The one thing that’s missing but will soon be developed is a reliable e-cash. […] That kind of thing will develop on the Internet and will make it even easier for people to use the Internet.” 3

The initial assumptions included open science, unrestricted and free of charge sharing of information. However, the technology did not allow creation of decentralized services at this point. The majority of services could not be developed without existence of a trusted third party, e.g., a company or an organization that would manage a service and protect safety and privacy. Governments, along with the increase of significance of the network, introduced further regulations that took away freedom from users and stood in contradiction with the initial idea of open science. This problem was noticed by John Perry Barlow. On 8 February 1996, he published his Declaration of the Independence of Cyberspace, in which he wrote: “in China, Germany, France, Russia, Singapore, Italy and the United States, you are trying to ward off the virus of liberty by erecting guard posts at the frontiers of Cyberspace. These may keep out the contagion for a small time, but they will not work in a world that will soon be blanketed in bit-bearing media.”4

In 2002, during a conference on open-source software, Richard Stallman, the creator of the free software movement (GNU) said: “geeks think that they can ignore politics, you may leave the politics alone, but the politics will not leave you alone”5 to highlight that governments will not allow systems from outside the regulatory system to operate. In Network Society, D. Barney wrote that digital technologies became indispensable for exercising control and led to spread of “systems of private and state supervision.”6 As noted by W. Mougayr, the Internet network “became blocked by the excess of central bottlenecks as well as the fact that regulatory bodies continue centralization of control activities to reduce the risk while actually they should be doing the opposite.”7

Development in the field of cryptography allowed to return to the idea of open science and decentralization of services. Predictions of the HTTP creators and Milton Friedman materialized at the end of 2008, when, in response to the economic crisis, Satoshi Nakamoto proposed a value transfer system working in a distributed network – Bitcoin. A new privacy model, different from the one used by banks, which allowed to maintain anonymity when doing transactions, was the missing element in the cyberspace economy.

As opposed to decentralized networks, distributed networks (P2P) do not require access points to work – users of the network communicate with each other directly. Bitcoin uses the elliptic curve cryptography and hash functions to collect transactions into protected cryptography groups (blocks). Subsequent blocks of data are connected with each other, thus creating a chain. For this reason, the technology that constitutes the foundation of Bitcoin is called blockchain. Therefore, blockchain is a type of database in which information can be stored, however, they cannot be deleted or modified. As a result, blockchain allows to create networks of trusted and safe systems which do not require a presence of a trusted third party to work. D. Barney rightly notices that: “network governance is more efficient, more inclusive, more flexible compared to governance based on centralized, hierarchical state institutions and more able to optimize sharing of knowledge, decision-making process, establishing agreements and responding to changing conditions in different situations.”8 Emergence of a network society seems to be a natural element of development. Cooperation brings about more benefits than competition.

Mougayar writes about growing possibilities and lifting of previous limitations: “this is not communism or cyberpunk-style fantasy. Decentralization reinforces capitalism, as it introduces new layers to the areas of creation of work and value […] Blockchain may lead us to realization of not so utopian vision of Friedrich Hayek, a Nobel Prize winner, economist and philosopher, who believed that efficient economy – or efficient society – needs decentralization and that a decentralized economy is a reflection of a distributed nature of information in the social circulation.”9

A decentralized nature does not apply only to technology, but also to the society behind it. In the initial stages of the Internet, it included hackers, cyberpunks, libertarians and normal people. The situation was similar in case of Bitcoin. Just like the Internet, Bitcoin has its own declaration of independence. Julia Torianski, a person known in the libertarian community, wrote in the declaration: “Bitcoin is not just a currency, a commodity, or a convenience. Just like the internet gave information back to the people, Bitcoin will give financial freedom back to the people. But that’s only the first step. There will be a shift in the structure of enterprise, in the way we interact, in the way we voice our opinions, and in the way we fuel our action.”10 Blockchain, as a new type of database, was adopted by other industries, thus opening the new era of digital economy.

Crypto Economy is one of new fields of research that emerged in response to Bitcoin and the blockchain technology. Crypto Economy was defined by Vitalik Buterin as a science combining mathematics, cryptography, economy, and games theory. It is the next stage of evolution of the Internet. The payment function is only one of many capabilities of this technology. In practice, it is used in many fields and plays a significant role in the digital economy. CBInsights lists 58 areas in which blockchain is used, these include, e.g., loyalty programs, digital advertisement, real estate market, improvement of safety of critical infrastructure, ride sharing, cloud computing, IoT, business management, human resources management, 3D print, music industry, fishing, video games, travel, agriculture, hazard, pharmacy, cannabis market, accounting, construction industry, postal services or the art market.11  For example, in the art market, it facilitates verification of authenticity of works the authenticity certificate of which is based on a blockchain. Applications of blockchain in supply chains, energy industry, voting systems, smart cities, digital identity, and health care,

However, just like in case of the Internet, blockchain offers many fascinating possibilities that contribute to improvement of quality of life, individualism and protection of private property. On the other hand, this technology is being taken over by governments, corporations and banks, which transform it according to their own interest, which do not always go hand in hand with social welfare.

Niel Postman refers to Plato’s tale of Tammuz, who taught that technique: “changes the definition of ‘freedom,’ ‘truth,’ ‘intelligence,’ ‘fact,’ ‘wisdom,’ ‘memory,’ ‘history.’”12  As noted by D. Cohen: “evolution of an enterprise in the age of digitalization was not imposed only by information technology, just like electricity did not create assembly line production by itself. Organizational innovations had begun even before the emergence of the Internet.”13

In its analysis, Deutsche Bank points out the problem of loss of privacy due to new technologies, however, it does not notice the threat for freedom: “freedom also has the second component, namely: possibilities. For example, it is easy to tell someone that he or she is free and may play piano, since there is no regulation that would prohibit that. However, if someone has no funds or access to a piano, he or she of course has no freedom to play it.”14

While the blockchain technology may be used by governments for ends opposite to its author’s intended purpose, it also provided the society with new possibilities to object, “blockchain improves balance and allows it to spread”15.