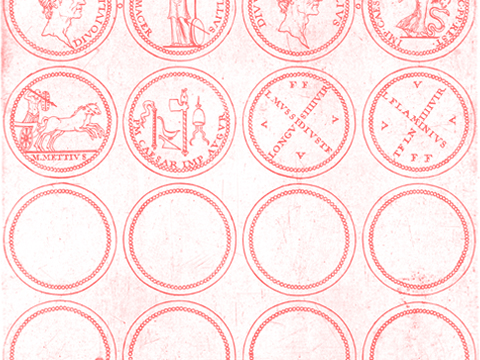 How did the idea of ​​cryptocurrency arise and why is it our future?

Currency is a nice word – it sounds sophisticatedly technical and financial. When saying currencies, we usually mean dollars, pounds or euros. In our world, it is completely common – after all, we use these means to pay for everyday comfort and necessities of life. Often, however, in order to fully understand the details, it is worth stepping a little back and taking a look at the bigger picture and the genesis of a given issue.

What is a currency anyway?

Honestly, anything can be a currency. Almost. By currency, we mean something convertible to which more than one person agrees. For the sake of relaxation, let’s take a cow and a chicken as the object of our deliberations – back in the day, the iconic characters from a popular Cartoon Network animated comedy. If we exchange 2 cows for 10 chickens, the cow and the chicken are not currencies, but goods. But if the whole village treats cows as money and we could get any other good for a certain number of cows, we are already dealing with currency (in the crypto world it would probably be called COW COIN). 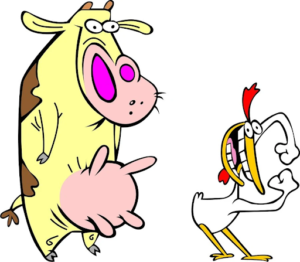 If a cow and a chicken were currencies… [image source]

Currencies have passed through different systems over the centuries. Mankind was so fond of gold that all systems except the present one were somehow related to this metal. History knows the gold currency system, in which we could easily exchange any paper money at the bank for its equivalent in gold. Over the centuries, we also dealt with the gold-bar system, which was also associated with gold, but only the richest ones could afford to pay it, so most people actually used paper money. After all, we had the Bretton Woods system to value currencies against the dollar, because it was backed by gold, until well… it stopped.

The current system is the so-called multi-exchange system that is backed by nothing but promises. It’s good and bad at the same time. We live in such a dynamically developing economy that we need more and more money. Of course, this also has many dangers, such as the raging inflation we are currently experiencing.

What is a cryptocurrency?

The word cryptocurrency was chosen very accurately, you just need to know what the prefix “crypto” is about. In the case of normal currencies, standardized by financial regulators, it is they who ensure that they catch counterfeit money, take care of security, control inflation etc. In the case of cryptocurrencies, it is maths (apologizes to everyone who didn’t like it back at the school).

Mathematics allows you to take care of all the important assumptions of cryptocurrencies at a low cost – security, anonymity, and transparency. It works very simply – take our private key and public key, for example, which are our “accounts” in the world of cryptocurrencies. If we want to sign a message so that the other party can say that the message really comes from us, we hash (i.e. pass through a mathematical function) it with our private key, which is known only to us. The problem is that only our public key, which is open and everyone can see it, will fit to decrypt it. Checking whether the public key, which is unique, matches the encrypted message, allows us to unambiguously determine whether a given message comes from a given address. This mechanism may sound trivial, but it is groundbreaking. It allows you to authenticate messages at a very low cost.

It is not a technical article, so we will not dig deeper into mathematical details. Instead, let’s move on to the second part of the word “cryptocurrency”, i.e. “currency”. As mentioned earlier, currencies have no physical backing in the world today. The situation is exactly the same for cryptocurrencies. Thanks to a strong technological foundation, people agree on their values. The security that once had to be provided by financial institutions can now be provided by technology and a well-built economy that encourages people to participate, for example by being able to earn money while mining (which is nothing but security). So we can proudly say that cryptocurrencies are a financial system in a nutshell, without the entire envelope of millions of employees.

Are cryptocurrencies our future?

To be honest, it is difficult to clearly determine this, as we are unfortunately not able to predict the future – vision and reality are two completely different states. There are many different points of view in this case. Technically speaking, blockchain is a huge breakthrough because it provides everything that financial institutions do in a much simpler and more transparent way, putting power in the hands of normal people (at least theoretically, because in reality it often looks different). However, from the economic and political side, it may still take a long time. In traditional financial systems, we have an army of middlemen. Although cryptocurrencies allow you to replace financiers with codes, we must remember that either way, this is a large number of people who need to earn a living. Spoiler alert – this is no surprise – just as taxi drivers fought for their rights when UBER appeared, financiers will fight for theirs.

Crypto is only 12 years old, so it is still very young. In our opinion, the answer to the question of whether cryptocurrencies are our future is not so important. What is happening before our eyes is revolutionary and interesting. Look around, research, examine – we are certain everyone will find a project for themselves. Most likely, financial institutions and cryptocurrencies will just get along in some way. Hopefully like a good old marriage.

Which cryptocurrency do we use in Mateico?

The same as in standard currencies we have different types such as dollars, pounds, or euros, in cryptocurrencies, we have various blockchains such as Bitcoin, Ethereum or XinFin. For many different reasons, we decided to use the latter one when building our platform (more about the XinFin solution here). The most important reason for choosing this blockchain and not another one was its amazing environmental friendliness, compared to other cryptocurrencies. The value of the blockchain is the sum of its users and applications placed on it, so by tracking Mateico, you also indirectly track the XinFin blockchain and vice versa.

Dress for Success. The fashion industry in the NFT world

Platform updates.Where are we now?