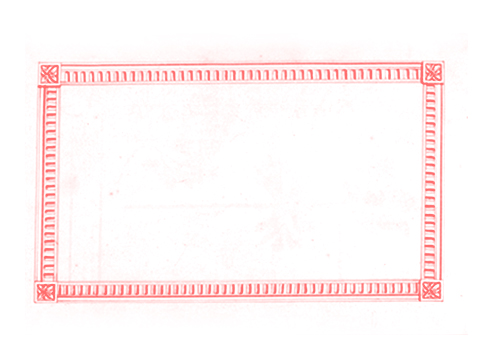 Cryptocurrency exchanges over the past decade have undergone a revolution that probably not even their creators foresaw. Evidence of this can be seen in people’s stories about engagement in bitcoin mining at the very beginning, circulating on the Internet. It was most likely done without much conviction and perhaps as an alternative to collecting stamps. But when suddenly the value of these collected “stamps” shot into space, they realized they did not know where they had put the data that could turn them into millionaires.

In addition to excitement, sudden and dynamic changes are accompanied by the fear that can manifest itself in defensive actions such as deliberate destruction to pretend that the world has not changed. Galileo himself almost got burned at the stake for his theories. NFTs, the latest development in 21st-century economics, are also being burned – but this time, the stimulus is not fear. 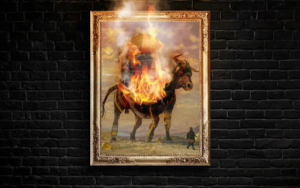 NFTs, by their very nature, differ from convertible tokens (such as bitcoin), whose characteristic feature is their value – each is worth the same, as convertible tokens are the digital equivalent of money. On the other hand, an NFT represents a digital ownership certificate of a purchased work stored in the blockchain. Information about where the purchased artwork’s location is stored within the token. Unlike popular cryptocurrencies, they cannot be exchanged among themselves, as they are unique entities.

Burning an NFT – what is it exactly?

While burning tokens may evoke images of fire and doom, it has (thankfully) nothing to do with that. It is simply an action that renders them useless. For what purpose is such a mechanism used? For example, to increase value by reducing the supply of tokens. Hic et Nunc organized an action that consisted of minting 1,000 editions of NFTs and burning those not minted a few days later, which made it even more valuable to collectors.

Of course, NFT burning is used to eliminate errors or flaws in tokens as well. One of the more interesting phenomena is using this opportunity to mark one’s rebellion, as Robness did. He burned one of his cryptopunks (CryptoPunk #2317) to publicize the Trash Art movement initiative, in which artists advocate that art should be reduced to mixing and reworking existing work. The collection of CryptoPunks with 10,000 NFT tokens on the Ethereum blockchain has dwindled to 9,998 (in addition to one more that was destroyed by accident last year). 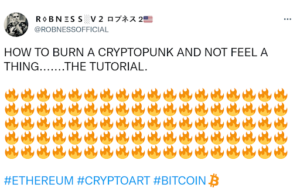 What other factors determine the value of an NFT?

Besides the already described influence on the value of NFTs by regulating supply and demand, several other factors can increase this value. The status of a particular NFT can be influenced, for example, by the previous owner. If the NFT is sold by a well-known person, a potential buyer may be willing to pay a higher price. In this case, the final value of the NFT is made up of the status of the seller. If it was Elon Musk, on top of owning the token, we could add to the fact that we are doing business with Musk – leaving aside, of course, that it was only a single transaction over the Internet. And in the case of buying back NFTs from a well-known NBA basketball player like LaMello Ball, an additional option was to join a verified chat room with him. The value of each NFT is also influenced by the system in which it operates. Exchanging tokens on the secondary market is convenient and fast, which makes this form more attractive.

How do you burn your NFTs?

NFTs can be deleted in two ways. For the first one, you need to go to the marketplace where you store the asset. Then find an NFT that has not been tokenized and select the “burn token” or “delete item” option, depending on the platform you use. This method completely wipes off the token but not every exchange provides this option.

The second one can be done with any type of NFTs. You need to send the token to an address that is inaccessible to anyone using the transfer option. This does not remove it from your profile but makes an NFT unusable and, in effect, “burned.” Most often users send an unwanted token to this address:

However, in order to do so, it will be necessary to pay the appropriate service fees. Moreover, burning the token does not remove it entirely, as it is impossible to delete an NFT from the blockchain. Burning is rather taking the token out of the market.

Should you burn NFTs?

Probably many of you may be wondering why you should burn your NFT. There are many reasons. In general, it makes less sense to burn NFTs compared to redeemable tokens because each unit represents a unique code with its value. Some will burn NFTs as an attempt to increase the value of the others, while some will do so simply because the token has a bug or too many have been minted. However, before you decide to burn your NFTs, you must remember that such an action does not guarantee an increase in value, and you will never get back your tokens or the money you spent on burning them.