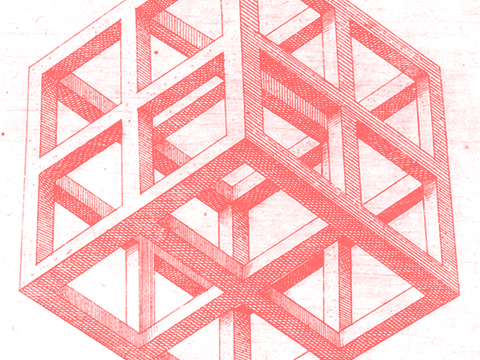 I think we can all agree that $ 23.5 million is quite a lot. You can buy an expensive villa, 4 sports cars, live with dignity for the rest of your life and still have something in your accounts. However, there are different priorities and values ​​in life, and what is a funny picture for some, for others can be an investment worth a small fortune. Ladies and gentlemen, we are talking about this piece of art: 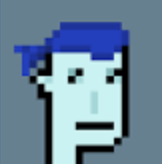 We are aware it may be difficult to refrain from a sudden burst of laughter in this case, but once you cool down, we invite you to explore this phenomenon with us.

The above graphic is from the cryptopunks collection. This is not just any random NFT collection. This is the first ever NFT collection, which was created in 2017, which, for the crypto space, can be classified as prehistory. The collection of cryptopunks de facto inspired the creation of the standard currently called NFT by everyone. It is also one of those stories where someone for pennies could sort out themselves for the rest of their lives, as in the initial phase of the project you could buy such a monster for as little as 11 cents.

What makes you pay the equivalent in gold for it?

History. Although we like the cryptopunks art style very much, we’re not going to argue that it’s rather simple. Moreover – 10,000 images were created generically, i.e. individual parts of the appearance such as hair, accessories, or skin color were mixed with each other, creating all possible combinations. In practice, it is enough to have 10 different variations prepared for 4 parts of the look and it already gives us 10,000 different combinations. However, this is groundbreaking. Before the creation of cryptopunks, no one had come up with the idea of ​​creating art on blockchain, and this is what we are currently doing at Mateico. Although the concept is very simple, it gave rise to something beautiful. We must also take into account that the price of cryptocurrencies in 2017 was completely different than today – for 1 ETH you had to pay about 300$, which is several times lower than the amount we have to pay now. Back then, no one had any idea how much potential there was. It’s nostalgic.

Now let’s go back to the current times, even though the band does not indicate it (joke, we love older bands). Sex Pistols, keeping up with the times, decided to release NFT coins to commemorate one of their iconic songs, “God Save the Queen”. It looks like this: 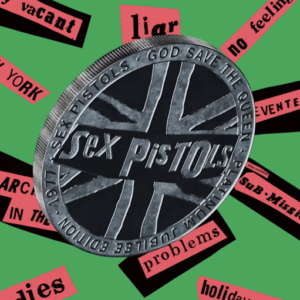 As for the coin itself, each person who bought it got a random model. This is great because you never know what to expect and at the end of the day, they all support one goal anyway. As they are NFTs, they can be further sold and traded, which continues to drive traffic.

We mention the Sex Pistols for a reason. They – like us, decided to choose an ecologically friendly blockchain instead of the most popular one. It’s good to notice that more and more creators pay attention to the common good, which is the future of our planet. Another example that you can do cool things without destroying everything around you.

We wanted to show you where it all started and how small it initially was. All great things have some origins, and since this trip to 2017 has made it so sentimental, we would like to thank you all. We are building something wonderful in Mateico and we are very happy that so many of you participate in it with us. Who knows, maybe in 10 years we will become a kind of “cryptopunk” from which others will draw inspiration.

How an unexpected death can eliminate digital wealth